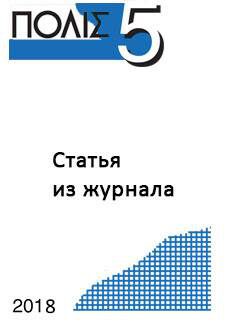 The article analyzes the “Moscow-centric space” as a socio-geographic cultural-axiological and politico-economic phenomenon, and studies its retrospective review, factors and major symptoms. The author assesses the feasibility and opportunity for Russia to be ‘un-Moscowed’, as well as the opportunity for Moscow to be “de-capitalized”, concerning the geo-economic and geopolitical realities. The article analyzes the historical trend of forming ‘Moscow-centric’ model of the organization of the Russian space. It is shown that the post-Soviet rapid growth of socio-economic asymmetry in the development of Moscow and “non-capital” regions of the Russian Federation leads not only to stagnation and degradation of the periphery, but also to the deepening of the crisis of Moscow itself. The latter is manifested in the reduction of migration growth of the population of the Moscow region, as well as the significant decrease in the share of Moscow residents in the money income of the Russian population, including the property income. The author emphasizes the economic and geopolitical risks of the invariants of “un-Moscowing” of Russia. Special attention is paid to the need, on the one hand, to re-develop the high-problematic Russian territories (including the border and maritime ones, as well as ones with the active cross-border connections), on the other hand – to implement very balanced attitude to the prospect of a polycentric development of the country.