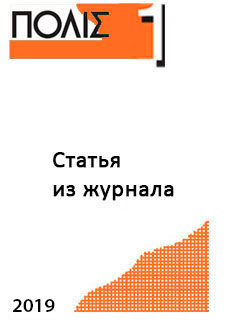 This article provides the first systematic analysis of the Russian media coverage of Trump’s activities during the electoral campaign and within first seven months of his presidential term. We conduct a quantitative analysis of the publications about Donald Trump in 500 Russian magazines and 250 largest federal newspapers. The database “Medialogy” served as a source of data for sentiment analysis of news reports about the American president. On its basis, the conclusion is drawn that the image of Trump was not unambiguously positive, as some foreign studies have claimed. Based on the theory of the network agenda setting we analyzed the context in which Donald Trump was mentioned one month before the election, a month after the elections and in June 2017, just before his meeting with Vladimir Putin. Based on the analysis of network agendas in the Russian federal press, it can be concluded that Trump was portrayed by the Russian media not as Russia’s favorite candidate for president, but as Hillary Clinton’s opponent and a critic of U.S. recent policies. In this context, its likely loss would allow the Russian media to strengthen the negative impression of Russians from U.S. elections. However, after the election results were announced, the Russian media changed tactics and began to write about Trump as a friend of Russia, since there was hope that the new president would lift political and economic sanctions. Trump’s policy has not lived up to the expectations of Russians and since the beginning of 2017 publications about him were mostly negative. Finally, Trump’s positive image collapsed after the start of U.S. military operations in Syria and the imposition of new sanctions against Russia.