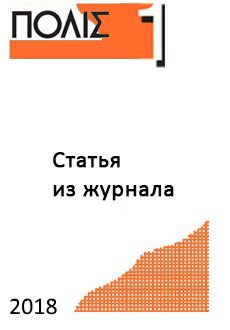 The paper is devoted to the analysis of ideological sphere of the former Soviet Union. The author argues that despite significant divergence of development trajectories of the post-Soviet countries, a number of general trends can be detected in their ideological sphere. In particular, we can highlight the role of nationalist ideology as the main symbolic resource for the post-Soviet elites that helps them to legitimize the status quo emerged after 1991. The importance of nationalism in the post-Soviet context is also manifested in the fact that nationalist discourse, being addressed primarily to the past, avoids talking about a project of the future, which, by and large, hasn’t appeared in any of the post-Soviet countries. Another common trend for the post-Soviet countries is the simulative character of political ideologies that are nothing more than Baudrillard’ simulacra. The author believes that the reason for this phenomenon is not so much the lack of democracy in the post-Soviet states, but rather the peculiarities of post-Soviet transformations as such, which have formed a kind of political elites aimed primarily at rent-seeking then at the public weal.

Be the first to review “Letnyakov D.E. Politico-Ideological Trends of Post-Soviet Societies: An Attempt of Generalization. – Polis. Political Studies. 2018. No 1. P. 129-142” Cancel reply