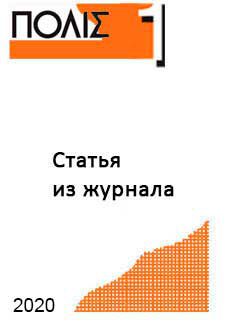 Those who express concern about “desecularization” of the Russian state seem to ignore the phenomenon of systemic hypocrisy, characteristic for the activity of organizations in general and of authorities in particular. The issue is, first, that there is an unavoidable gap between the public selfpresentation of the organization (“symbolic politics”) and its practical actions (“real politics”). Second, systemic hypocrisy manifests itself in the fact that separate parts of the organization (in our context – various state institutions) act in different directions. At the level of public self-presentation the Russian state, in fact, avoids a clear positioning with regard to its own secularity. Two discursive regimes coexist in official rhetoric: on the one hand, the state proclaims its commitment to secularism, on the other hand, it distances itself from “Western” secularism. The state periodically calls into play one discursive regime, turning off the second, and vice versa. However, these manipulations do not have institutional consequences.