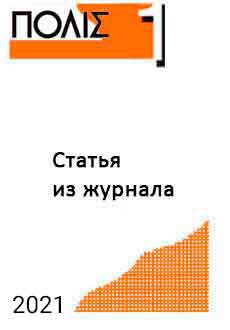 In the article, the author’s approach to multinational federalism through its political and legal understanding of is presented. The author’s considerations are built on a broad set of studies by Russian and foreign scholars as well as theorists of democracy on nationalism and ethnic identity. As a result, the author concludes that multinational federalism is not an anomaly but an outcome of the development of a conception of the nation-state. As a response to the challenges of regional ethnic nationalism, multinational federalism creates an institutional framework which provides limited statehood for a region where a minority ethnic group is concentrated. At the same time, such a region remains within a federal state as its sub-national entity. As a result, individuals belonging to this ethnic group obtain more opportunities in realization of cultural rights and democratic participation in decision-making processes, especially at the regional level. In a discourse of nationalism, a sub-federal entity with a dominant separate ethnic group can be regarded as a semblance of nation-state; its population with its own cultural distinctions can be described in terms of “internal nation”. The author states that multinationalism (or pluri-nationalism) is a non-classic mode of statehood. In contrast to a nation-state, this means that national identity is not static, but can change over time and can be multitudinous. From this point of view, a state is not the same as a nation and can compress several “internal” nations. Multinational federalism creates a framework for multiple citizenship and a plural civil and national identity. The author also believes that Russian federalism should be rethought in the light of abovementioned considerations. In the growing understanding of federal arrangements, attention must be paid to their democratic potential.