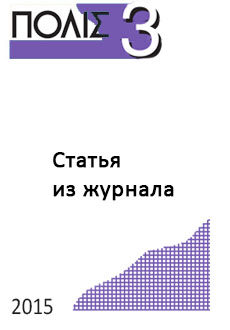 Author analyzes the causes and consequences of the Great Patriotic War. By describing Stalin and Hitler as historical actors in the field of “Realpolitik”, the author reveals the similarities and differences between their ideologies, social roots, political and military objectives of totalitarian regimes personified by them. Democratization of the world order became the main outcome defeat of fascism. In Russia, this process from Khrushchev’s Thaw until  post-Soviet reforms including all its flaws and regressions resulted in failure of totalitarianism; in Europe – in the fall of fascist, authoritarian regimes and establishment of social statehood; in “The Third World” – in the collapse of colonialism. The continuity between Nazi expansionism and Ostpolitik of the West during and after the “Cold War” is shown in the article. Analyzed are the problems of correlation between war and politics, different ways and forms of their interactions. In this regard studied are the coup d’?tat in Ukraine committed with the Western contribution, as well as anti-Russian policy of propaganda, diplomatic and sanctions “wars”. While dealing with the following international crisis, Russia is forced again to protect its right for sovereignty and the role of an independent actor of the world politics.