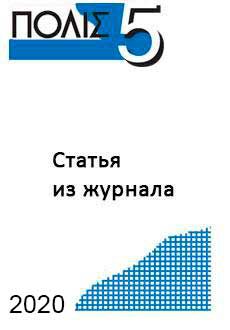 The period that has passed since the official proclamation of the Russian ‘pivot to the East’ allows us to draw preliminary conclusions about its nature, achievements, problems, and prospects. At present, the qualitative differences between this current course and earlier stages of Russian foreign policy looking towards an eastern direction at can also be noted. In particular, it is worth noting the more structurally complex profile of the ‘pivot to the East’, due to the clear identification of several components at the junction of domestic and foreign policy, as well as the regional and global dimensions of the Russian foreign policy strategy. The first component regards political and economic interaction internationally, including the aggregated motives for searching for additional sources of economic growth and technology, and the search for alternative energy markets and political and economic alternatives which arose after 2014, under expanding sanctions by the US and the EU; Russia’s key partners in Asia (China, India, the Republic of Korea, Southeast Asian states) refused to join anti-Russian sanctions, while Japan paid them only lip service. The second component regards internal political and institutional development, which is connected with the intention to reassess Russian Siberia and the Far East development against the background of external milieu’s radical transformation and growing economic and demographic asymmetry between the European and Asian parts of Russia. The third component includes further development of the Greater Eurasia conceptual framework, which could have helped Russia to retain and ideally to raise its integrationist potential as one of the leading states in the international system, via institutionalized political and economic partnerships primarily with Asian states. While the first component’s development is evident and can be subject to qualitative and quantitative assessment presented in this paper, the contours of the second and third are still in the making.