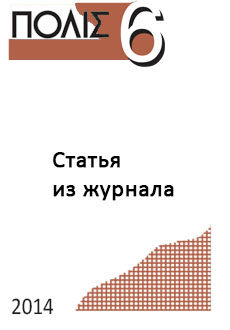 Petukhov V.V., Barash R.E. The Russians and the «Russian World»: the historical context and the contemporary interpretation. – Polis. Political Studies. 2014. No 6. P. 83-101.

The authors focus on the clarification of the essence of modern Russian identity. Appealing to the fact that the reunification with Crimea brought the well-known “Russian reunification” discourse to the public sphere, the authors try to consider the main attributes of the “Russianness”, the cultural and mythological components of the Russian identity. It is especially important now when the government implements the discourse of the “Russian world” as a foreign policy doctrine, involving the selected status for ethnic Russians. However, the data of the numerous studies reveals that Russians living abroad are less integrated into the identity of the “Russians of the mainland”. Applying to the data of the sociological surveys, the authors fix that “Russianness” as a political myth, is rather loose, declarative, and gives no basis neither for the solidary actions, nor for the legal political formation of the Russian nationalism. Symbols of the solidary action and pride of Russian identity traditionally mix with the Soviet past. However, today the Soviet identity gradually loses its rootedness, while alternative grounds of national solidarity, like the development of science, education, culture, the presence of high social standards, are still absent. Today, in the situation of a request for a new solidarity identity mythology “Russianness” is one of the basic myths. But what will be lying behind the Russian consciousness after the “Russian spring”?

Be the first to review “Petukhov V.V., Barash R.E. The Russians and the «Russian World»: the historical context and the contemporary interpretation. – Polis. Political Studies. 2014. No 6. P. 83-101.” Cancel reply