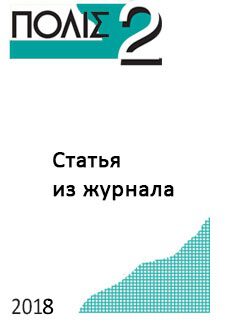 The article comprises an empirical study unveiling the possibilities of a political mobilization among online commenters on political and international relations issues on the Internet. The theoretical frame has been formed by the ideas of social mobilization (Deutsch), the theory of communication as a ritual (Carey), the speech acts theory more recently interpreted by Ushakova and Pavlova, Oleshkov and Habermas. The aim of the research is to describe the possibilities of a political mobilization of participants in an online discussion through an intentionality analysis of online commenters reacting to Internet versions of mass media articles on politics and international relations. In order to achieve the aim there have been chosen 302 articles on politics with comments (27901 comments) published via open access information resources InoSMI.ru, gazeta.ru, Polit.Ru during 2015. Quantitative intent analysis was based on a list of intentions. There has been made an assertion that online commenting of articles on politics implies not only preliminary interiorization of political content by online commenters but also its active reproduction (symbolic reproduction of political values of the commenter, a statement of a political world image in a discussion) and defending opinions in a discussion with opponents. Therefore, digital ritual communication in the form of political content online commenting might be legitimately regarded as a means of political mobilization, as a steady frame of subject’s communication which provides the formation of new roles and social practices in the participants of online discussions about politics and international relations in the context of political socialization. It is suggested that political mobilization takes place most tensely and with most involvement alongside with the discussion of the material concerning relations of Russia with neighboring countries and armed activities of Russia whereas the mobilization is at its mildest in the discussions induced by the material about historical past.

Be the first to review “Radina N.K. Digital Political Mobilization of Online Commenters on Publications about Politics and International Relations. – Polis. Political Studies. 2018. No 2. P. 115-129 (In Russ.).” Cancel reply