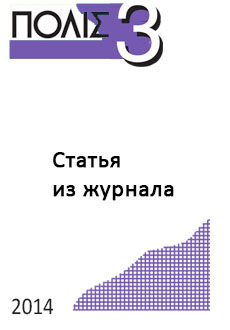 One of the leading Russian experts in the field of energy policy addresses two strategic factors that are crucial significance nowadays and in the near future for expanding and deepening of the process of Russia’s modernization. First, it is the beginning of the final stage of the internal struggle in the Russian government for acceleration and autonomous development of Eastern Siberia and the Far East. Secondly, it is a new phase of actual competition of public corporations and private business in the development of natural resources in the region. Analysis of the situation helps to realize the depth of socio-economic backwardness of the region and the scale of the jobs for its modernization. The author shows that one cannot tackle the problems of such a gigantic region with a predominance of severe climatic conditions and the alarming demographic trends, while using routine methods of partial and targeted investments. A comprehensive and, most importantly, an autonomous program with centralized management and the use of public-private partnership. Undoubtedly, the inhibiting role played open contradictions between the two administrations – the presidential and governmental ones. This situation has exacerbated the negative effects of inter-ministerial coordination mechanism – one of the main brakes for socio-economic development of Russia, which has already ruined dozens of modernization projects. The author examines many specific cases and situations around the regional modernization. Despite the complexity of the tasks that we have to solve, the scholar shows himself to be rather optimistic in terms of modernization of the region in the near future (until 2020)

Be the first to review “Simonia N.A. New strategic factors in the struggle for Russia’s modernization. – Polis. Political Studies. 2014. No 3. P. 67-75.” Cancel reply