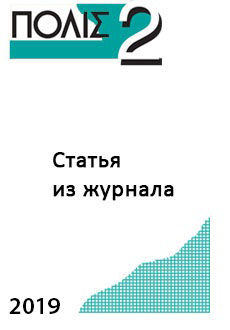 The article analyzes the empirical data of long-term monitoring studies presented in the collective monograph of scientists of the Institute of Sociology of the Russian Academy of Sciences “Twenty-Five Years of Social Transformations in the Assessments and Judgments of Russians: The Experience of Sociological Analysis”. The monograph presents rich and diverse data on the complex and sometimes contradictory image of Russia. On the basis of this data, the authors suggest the dichotomy of the collective memory of Russians: while the historic memory of Russians is variable and inconstant, their social memory as a means of reproducing sociocultural tradition in the mass consciousness is relatively stable. Historical memory in transforming societies serves both as the basis of solidarity and as a factor in the emergence of cleavages and conflicts due to contradictions in the understanding of significant events of the past. The authors state the uncertainty, blurring of the communicative, family and collective memory of the influence of the October Revolution of 1917 on the fate of individual families and society. The reasons for this are the lack of communication between generations, the lack of interest in the past and the lack of a pronounced ideological assessment of the results of the revolution. A positive attitude to the Soviet period is accompanied by a negative attitude to the revolution as a form of social development. Preferred are non-catastrophic forms of development, even if in fact they lead to stagnation. The tendency of positive evaluation of the Soviet period, which is consistently observed in Russian polls, is interpreted by the authors as a manifestation of the stability of social memory. The historical choice between models of a centralized communal and liberal state is conditioned by stable ideas about the need for state control over the main sectors of the economy and the priority of state rights and interests over individual ones. However, neither the historical nor the social memory of Russians represents shared ideals, value models and models of an optimal state structure. However, the people’s lack of a single vision of the ideal of a social structure can be viewed as protection against potential revolutions and a condition for creatively searching and building the country’s future through a dialogue of civil society with political power.